The focus this past month has been on testing newly ‘transformed’ Banner forms. These forms existed in the older versions of Banner but are currently being updated to the new technology and look and feel that is supported in Banner v9.

The conversion requires significant work to test and validate the forms, and staff from across the Division of Student Administration (DSA) have contributed heavily to ensure this task is completed in a timely and diligent manner.

What have we achieved?﻿

Out of a total of 111 forms, 52 forms have been tested at the date of publication.

Below are some statistics of our progress to date:

This positive progress is a credit to the professionalism, diligence and hard work of DSA staff, who have contributed their time and expertise to the project.

The focus begins to shift towards planning for the ‘User Acceptance Testing’ (UAT) and training phases of the project.

UAT will see the complete end-to-end testing of the new Banner v9 environment, which will serve as a true litmus test of the system.

Training will be delivered to ensure Banner users are familiar with the new system, and any changes or new features that are included.

Each step brings us closer to delivering a high value upgrade that will provide a base for additional enhancements and value-add activities.

View a brief video demonstration of the Banner v9 implementation.

We are committed to keeping you informed as the project progresses – subscribe to DIT News and stay tuned.

If you have any questions please contact Michael Charles – Project Manager or Mark Duffy – Director, Applications and Integration. 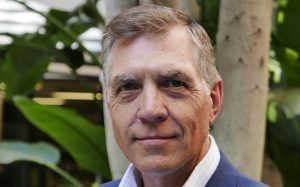 DIT News delivers updates from the division across a range of topics and as they are happening. This includes project news, information about the services we provide, important IT security messages, news from the Computer Shop and Web Office and more!

Thank you for visiting DIT News. We hope you find it informative and engaging and we welcome your feedback.